It will be a digipac format cd containing 11 songs. Most of them are written by Bertil, one is co-written by Silas of The Name and one was written by Otto-Chris.

The Emptiness Outside Of Me

That will be the title of our upcoming album. It is a more philosophic way of saying that everything you need is inside of you. The title just popped up during a working day and I felt like I had to use it.

Here's why ( a very honest confession from Bertil's part ):

'I always wanted to be like other singers, other musicians. I tried many things. In between all that trying I have been writing songs that was just purely me. Just what and how I felt. What was given to me. I think writing songs (and maybe many other creative processes as well) is not just composing, but you should leave room what is given to you from that big well we all have inside of us. Our own force/power.

So, I think it was somewhere in August, I had a conversation with Roots - one of my best friends - about many things, but mostly about struggling with what you choose (or sometimes not choose) to get out of life. Believe me, I have been struggling. Somehow I always had that gut feeling that what I want is already there. I just had to see it. Then I realized I have been writing songs for years that fitted my own 'profile' perfectly. That was me. I don't have to be somebody else. Every musician I admire have something unique. They are who they are.

So now it is time for me to be who I am. Regardless if the album will be succesfull or not, it is me. I hope you all will enjoy listening to the album as much as I enjoyed writing it, recording it and re-live my own music again during that process.

A big thank you to everybody out there who is supporting me. It means more to me then you could ever imagine. X'

3. Smile On Your Face

4. The Emptiness Outside Of Me (Christian) 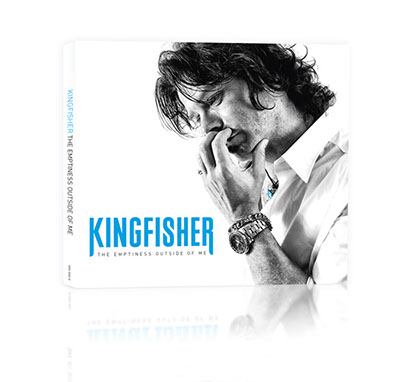 Built and designed by Bertil 2015